«The ground was shaking, the car was flying...»
Not so long ago I went to the Circuit of Jerez speedtrack, and during the visit I could speak for a long time with one of the track marshals. One of the many questions I asked him was: «What has been the most amazing vehicle you've seen racing in this track?» And he didn't hesitate one second to answer: «1988 Spanish Grand Prix, coming out from corner 6 (Dry Sack), Ayrton Senna going full throttle on the McLaren MP4/4... I've never ever seen anything like that. The ground was shaking, the car was flying...». Twenty six race years later, and that means A LOT of races at Jerez, those words sounded glorious ;-)

And glorious as well is the reproduction just launched by Model Factory Hiro in 1/12 scale of the MP4/4 that run in Jerez. Perfect resins, mechanized and anodized rims, hundreds of photoetches and white metal pieces... Awesome! :-O

Don't miss it! As the voice of experience tells us... you will never ever see anything like that! 8-D 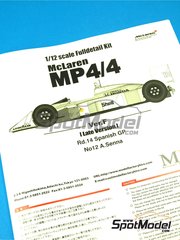 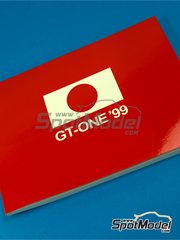 Ultra Detail Guides about GT-One 99 car is an A5 size book, including 118 pages with full colour photos taken to the actual car. You will find Front, Tyres, Body, Engine, Inside and Back sections with detailed photos only.
Click here for more details 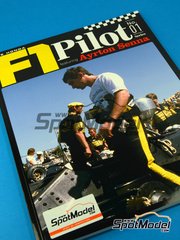 As the other two series, the photos are taken from the archive of the Japanese GP Photographer pioneer Joe Honda; however this time it is focused on race drivers instead of their machines. The first volume of this series will be featuring Ayrton Senna, commemorating the fatal accident 20 years ago of this great driver during San Marino GP in May 1994. From the debut race in the heavily raining Monaco GP, won the first championship and jumped to the first line driver in the JSP Lotus era, then followed by the Camel Lotus in 1987 and the most glorious period in the McLaren from 1988 to 93, then the last race in 1994. The pictures captured all moments of Senna on circuit throughout the decade.
Click here for more details 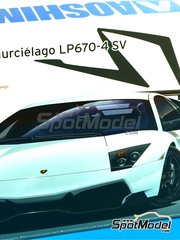 A new Murcielago by Aoshima, this time the "enhanced version" featuring aerodynamic improvements and redesigned air intakes. Inside the box, you have 11 sprues packed with transparent, black, white and chromed plastic parts for building this gorgeous scale model car.
Click here for more details 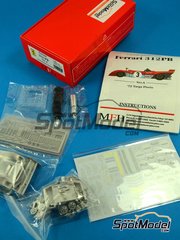 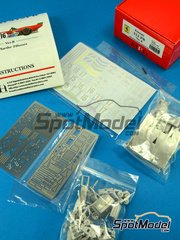 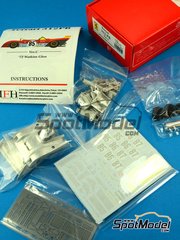 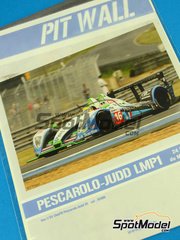 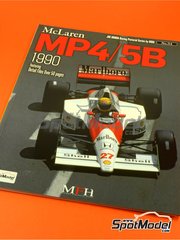 The issue No. 34 of the Racing Pictorial Series by HIRO is focusing on the machine that Senna was crowned the championship of the season in the second time. The relationship between Senna and Alain Prost had been turned bad since last season, and Prost transferred to Ferrari to have fiercely fights with Senna. Besides the great chassis, the development advantage from the Honda engine both were giving Prost hard times, Prost still won 5 champions. However, Senna won 6 champions and defended the Drivers Championship at last. In the Japanese GP, which Senna and Prost collided at the first corner and both retired for this race, is still being remembered by many of the racing fans. Half of this issue is coming from the huge archive of Joe Honda, and the second half will be photos of the real car taken by MFH, the MP4/5B detail file. Races included: United States GP, Monaco GP, Mexican GP, French GP, British GP, Hungarian GP, Belgian GP, Italian GP, Portuguese GP, Spanish GP, Japanese GP. In Detail file: Detail file of MP4/5B, located at Honda Collection Hall
Click here for more details 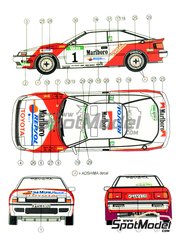 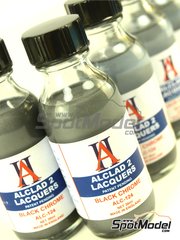 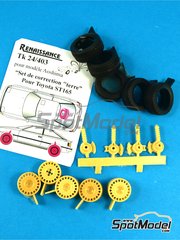 Detail up set for recreating the gravel version of the Toyota Celica GT-Four ST165 by Beemax / Aoshima / Nunu, including rims, tires and shock absorbers . The diameter of the tires is 25.5mm by 10.5mm wide.
Click here for more details 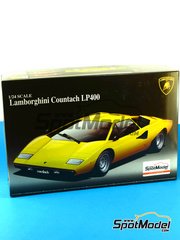 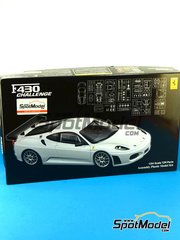 Fujimi brings us a classic Ferrari in racetrack version to build either an immaculate sponsor-free version, or for using any of the third-party decorations available. The kit includes anti-roll bars, sport steering wheel, bucket seats, bonnet pins and racing bodywork.
Click here for more details 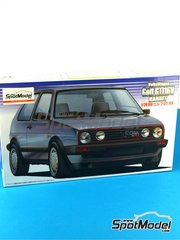 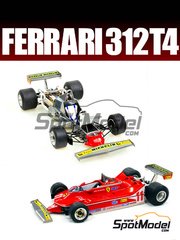 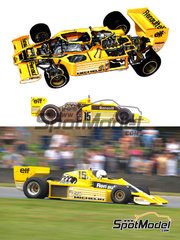 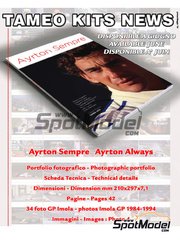 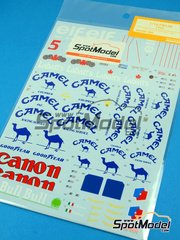 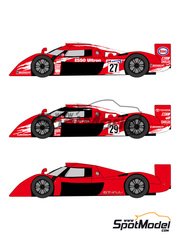